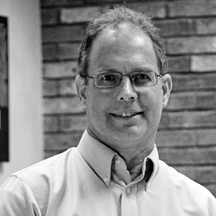 As chief architect, Dan Keiter has the ultimate responsibility for the successful completion of all RVW’s architectural projects. Dan has been a registered, practicing architect since 1987. He began working for RVW in 1990 as a staff architect. He was promoted to chief architect in 2018. Dan has been an owner of the firm since 1995 and currently serves as Vice President on its Board of Directors.

With communication as the key component, Dan works with RVW clients, developing buildings and spaces which serve their intended purpose through appropriate design.  Code reviews, schematic design and close client involvement precede the development of final plans and specifications.  Following completion of the final plans and specifications, Dan assists Owners in requesting, reviewing and awarding bids and in contract administration and construction observation.

Extensive architectural design and construction experience has introduced Dan to a wide spectrum of methodologies, ideas and attitudes which contribute to his ability to translate client’s needs into successful architectural projects.